A recent announcement that Red Hat and CentOS have ”Joined Forces” is interesting, and should lead to an improved development/release cycle for both.. 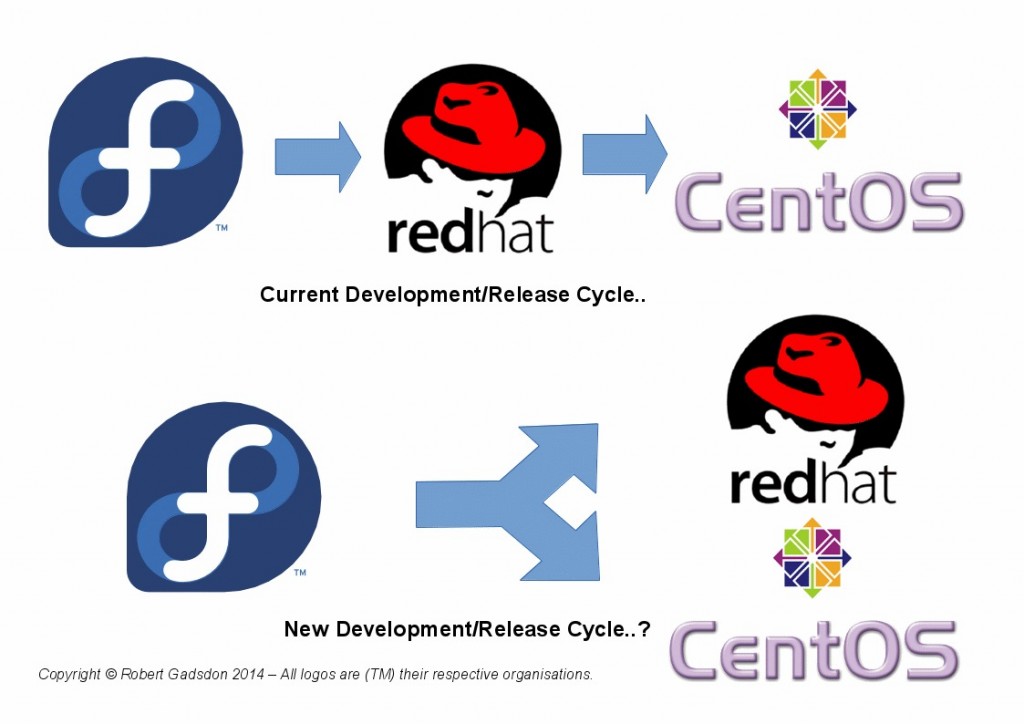 Potentially, this would certainly result in CentOS versions being released earlier, after the corresponding Red Hat Enterprise release date..    It may be that the release of both versions will be simultaneous, or – for business/marketing reasons – Red Hat Enterprise will come out first, followed by CentOS..

This may be as much a ‘support revenue’ play as anything else, as it should make it far less painful for existing CentOS users to migrate to commercially supported Red Hat Enterprise when they need to..   It may well – of course – make it easier for migration in the opposite direction, but that may not be so well publicised..

The development teams are deliberately being kept separate, but some of the CentOS developers will now be Red Hat employees..    This will enable the – challenging – legal aspects of CentOS development (trademark item removal, etc.) to be much less problematic..
One important aspect – CentOS QA testing – is now planned to be more open, as a result..

This is potentially a very promising development, and will enable the two organisations to provide a more united front against the spread of any ‘commercially supported’ releases of Canonical’s Ubuntu..

↑
We use cookies to ensure that we give you the best experience on our website. If you continue to use this site we will assume that you are happy with it.OK